Stopping the spread of COVID-19 in Lagos 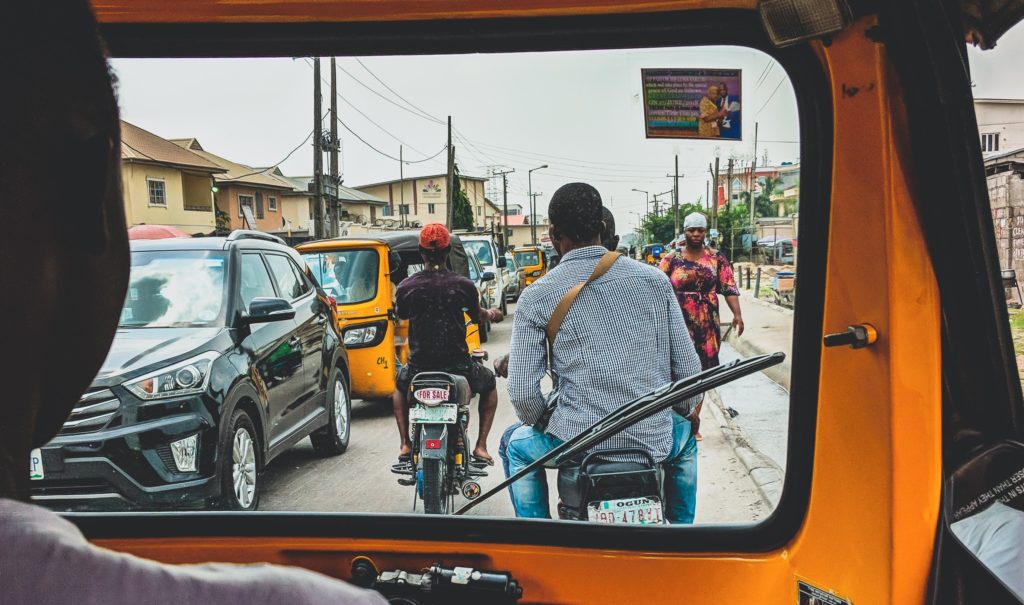 Human vulnerability has come to the fore with the coronavirus practically bringing the world to its knees. National and city governments are taking bold steps for mitigation and containment.

In Nigeria, the federal government has announced some measures including restrictions of movement in Abuja, the federal capital and Lagos, the current epicentre of the virus. Prior to this, the Lagos state government has set in motion a series of activities including shutting down large markets, disinfection of public places, and restrictions on gatherings of more than 25 persons.

What does this mean for a city like Lagos, with over 26 million people?

Lagos poses a set of particular challenges when it comes to making these interventions work. These range from the sheer size of the city – its built up area stretches over 82,684 hectares, with a density of 209 people per hectare.

This is gargantuan when compared to bustling New York which has 25 people per hectare in its built up area of 951,103 hectares. The peri-urban space extends to the neigbouring Ogun state which is also in total lock down because of its proximity to Lagos.

Economic inequalities have consequences for access to health and health seeking behaviour. Over 60% of the residents of Lagos are poor and live in the over 100 slums and informal settlements  scattered across the city. They lack water, sanitation and other basic services. This makes them particularly vulnerable during a health crisis.

And as most residents rely on the informal economy, they are open to deprivation in the face of an economic shutdown.

The actions the government has called for are impossible to meet under these conditions.

Take self-isolation: how can Nigerians self-isolate in a typical slum setting where one house of ten rooms accommodates over 80 inhabitants sharing two toilets and baths?

Hand-washing: How can the inhabitants of Lagos maintain prescribed hand washing protocols when they have to buy water by the bucket? Only 44% of the state is covered by public water supply and this serves less than 16% of the population.

Access to health care: Nigeria has a fragile health system. The country has 0.8 beds per thousand population. Lagos itself has only one hospital for the treatment of infectious diseases, and is scampering to build makeshift isolation centres for the treatment of coronavirus.

There are 288 primary health centres in Lagos and these would ordinarily have been an important line of first defense and information sharing. But many of them lack the capacity to provide essential health-care services due to poor staffing, inadequate equipment, poor distribution of health workers, poor quality of health-care services, poor condition of infrastructure, and lack of essential drugs.

Livelihoods and survival: the imminent lock down of the city poses a challenge to the 68% of Lagosians who earn a living in the informal sector. How do they stock up on food and other essentials when there is no money?

Most people living in informal settlements are more concerned about survival than what’s been described as a “foreign” disease attacking the rich and the elderly – as most of the cases, so far, have been international travellers and their contacts.

Communication: So far, the major means of communicating COVID-19 related information has been via social media, particularly twitter. The result is that people living in informal settlements are cut off from accurate information flow. Where there is communication through radio and television, poor power supply means that sectors of the city are without cover for many hours.

Transport: keeping a safe distance from people is also a pipe dream given Lagos’s chaotic public transport system. Over 20 million trips are made daily on the Bus Rapid Transit system which have carrying capacity of between 40 and 85 people, and danfo (mini-buses) which are usually 14-18-seaters. This effectively puts those who patronise public transportation (67% of all commuters) at risk of infection. How feasible is it to maintain the 2 meters social distancing recommended in the danfo buses?

The Lagos state government asks bus drivers to operate at 60%. This is unrealistic given that the current system is already overstretched.

Going forward, Lagos must see the crisis as an opportunity to address glaring gaps in its urban planning – especially at local levels.

For example, the links between public health and urban planning have been ignored up until now. These should be reconsidered, building on citizen led efforts.

Though informal settlements are fraught with urban challenges, they also manifest immense agency, with the poor often harnessing resources, both tangible and intangible, to mitigate the effects of obvious challenges. Community profiling programmes have resulted in street numbering and resident identification, while residents’ associations have built local clinics, installed boreholes and street lights.

Studies in 2013 and 2015 also show that in Lagos, community development efforts can be a huge contributor to better overall health outcomes.

The Bubonic plague of the 1920s opened the pathways for urban planning in Lagos. The interventions at the time resemble the current approaches – the disinfection of public places, removal of patients to the Infectious Disease hospital and a campaign for household hygiene.

The establishment of the Lagos Executive Development Board also pioneered the development of new housing estates to resettle those affected by the Oko Awo clearance.

In the same way, COVID-19 presents an opportunity for Lagos to rethink and redo urban planning and development. To start with, three practical steps can be taken.

The public health and planning interface can be strengthened. This can be done through slum upgrading and the provision of basic services such as waste management, sanitation facilities and water.

The adoption of a humane and inclusive approach to urban (re)development. Authorities need to recognise the agency of the poor by adopting bottom up participatory planning approaches in which residents contribute fully in the development of their communities.

This article is republished from The Conversation: https://theconversation.com/lagos-size-and-slums-will-make-stopping-the-spread-of-covid-19-a-tough-task-134723